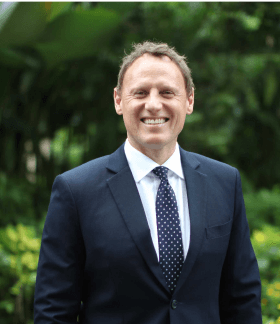 PJ was appointed as the Managing Director at AIS in January 2019 where he is responsible for the overall Operations function of the school. PJ returns to AIS where he was initially a teacher in the Secondary School in 2005 and 2006 prior to embarking on a corporate career in various regional senior leadership roles in Asia. PJ brings experience to AIS as both an educator and a senior corporate leader based in Singapore since 2003.

PJ taught at AIS after ending his professional football career in Singapore where he played previously in Malaysia and Australia. PJ also captained Australia at the 1996 FIFA Futsal World Cup in Spain.

Following the completion of his Master of Business Administration (MBA) from the University of Western Australia, Graduate School of Management, PJ forged a successful corporate career in regional senior leadership and management positions with ANZ bank, Nielsen, and more recently Catapult. Following graduation with his MBA, PJ was a Tutor and Assistant Lecturer at the Graduate School of Management. PJ brings with him to AIS a breadth and depth of knowledge in areas of leadership, management, business operations, sales, marketing, banking and strategic business development, in addition to his prior knowledge of AIS and Singapore as a former staff member.

PJ has combined his corporate experience with a successful on-screen television career covering football in the region since 2004, currently with FOX Sports. PJ has also contributed to the Australian, New Zealand, and wider Singapore community through his long-term presidency of the Australian and New Zealand Association (ANZA) since 2008. This is a volunteer elected position responsible for providing strategic leadership and vision to the Association.

PJ is positioned to add significant value to our AIS community as he takes on the responsibility for providing strategic leadership to the Operations function at AIS.

PJ has a wife, Jo who also works at AIS in the Admissions department and they have a son, Ashleigh. 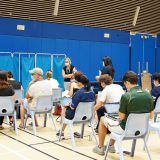 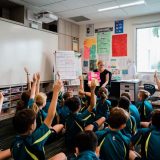 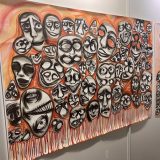 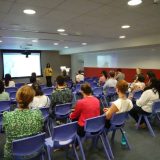