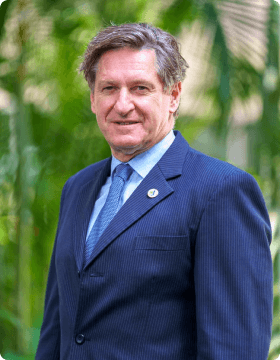 Dr Edward Groughan commenced as Principal of AIS in July 2017. He is no stranger to the world of international education, having been a Principal at four well-regarded schools across Australia and Asia (Pulteney Grammar School and Pedare Christian College in South Australia; Matthew Flinders Anglican College in Queensland and Dulwich College in Shanghai).

Eddie’s teaching career began at the Sydney Grammar School where he taught Science and Physical Education from K-12. He has also been a Deputy Headmaster at Aquinas College, and a Head of Sport at the Hale School in Perth, Western Australia.

Eddie believes that learning is a means to self-fulfilment. As an insight to the belief, Eddie was a late starter to study beyond school, gaining a Diploma of Physical Education at the age of thirty before progressing to a Doctorate over the subsequent fourteen years. Beyond schools and formal education, Eddie has been a Hawaiian Ironman, has taken part in a number of endurance events and was a first-grade rugby player for the Gordon club in Sydney. He remains keen on his fitness and guitar. 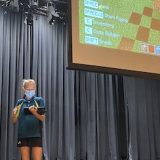 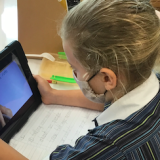 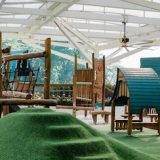 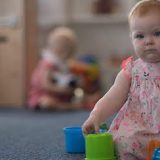 Welcoming Our Youngest Students Back To School